The Adventist Health Study, a cohort investigation which began in 1974, had some very basic differences from the earlier mortality studies, in that it:

Initially, 63,530 census questionnaires were mailed to every Adventist household in California. The goal was to enroll every adult in these households over age 25.

The response rate from white non-Hispanic subjects was the highest of any ethnic group, with 34,198 individuals responding from that group.

Researchers followed this group closely for the next six years, looking for both fatal and nonfatal cases of either cancer or heart disease. An annual questionnaire was mailed to each individual, asking about any hospitalization within the previous 12 months.

Subsequently, a field staff of Adventist Health Study researchers was dispatched to visit the medical records departments of the hospitals mentioned by the subjects. The field staff reviewed all hospital records of each admission, looking for any hint of cancer or coronary heart disease events. For suspected acute coronary heart disease events, copies of physician records, electrocardiograms and abstractions of serum enzyme reports were obtained. For suspected cancer cases, copies of histology and other relevant tests were taken.

To find fatal cases of cancer or heart disease with deaths taking place outside the hospital, researchers used several means:

Obtaining the deceased person’s annual questionnaires from consenting relatives. Obtaining church records. Comparing these records to state death records for California. Using the National Death Index to track deaths for those who had moved away from California.

Diagnosing a new cancer event required a histological confirmation of a malignant tumor sometime after the subject had already entered the study. Confirming a new case of acute myocardial infarction or fatal coronary heart disease was made by applying published international diagnostic criteria for these events.

Great effort was made to establish the validity and accuracy of the questionnaire information initially gathered. When compared to the information gained from face-to-face interviews, the data obtained through the questionnaire and follow-up was remarkably accurate. Missing data occurred in between one and seven percent of the responses for different variables. Interestingly, the rate for missing data did not increase for questions that might be sensitive to Adventists, such as alcohol consumption, eating pork and other meats, or drinking coffee.

In the decade since the last of the formal data collection, Adventist Health Study researchers have looked at the data from a variety of angles. What follows are some of the exciting discoveries that prove beyond a doubt the ways in which certain aspects of the Adventist lifestyle have improved the health of participants. 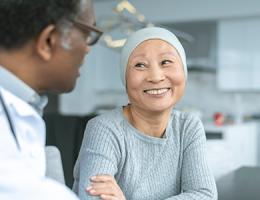 Explore how diet and lifestyle could be the reason Adventists enjoy moderately lower rates of many cancers.
Findings for Cancer 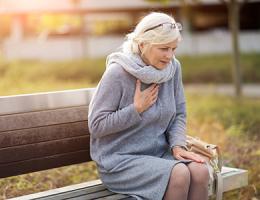 View the results of certain risk factors associated with coronary heart disease, and how to avoid them.
Findings for Coronary Heart Disease 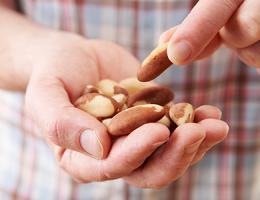 Discover the benefits of frequent consuming nuts, and how it can reduce your risk of heart problems.
Findings for Nuts 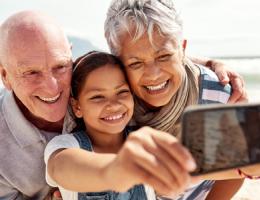 Find out why Adventists have an approximately a 10-year longer life expectancy.
Findings for Longevity